It really is a Journey!

I've been having a hard time, as you can probably tell!  I think many of us have been having a hard time!  This weather alone has been BRUTAL!  We have a snowbank in the driveway that at the peak was over 5' tall!  Every week it would snow a foot or more.  I love the snow, but there's a point where you have to say, enough is enough.  Especially when the town has to CUT the snowbanks to widen the roads!  I don't live in the tundra, I live in MASSACHUSETTS!

I figured by 2011, I would no longer be a "Triathlon Athena" I would be running distances, I would be swimming with ease and I would have no problem with the bike. Am I delusional? Or does my brain work much faster than my body?  I have to say though, life has thrown me some curve-balls!   I'm 10 pounds HEAVER than I was in September, I gained 30 seconds on my swim lap (not in the GOOD direction), my bike is pathetic, and don't get me started on my run!

I was diagnosed with Ehlers Danlos Syndrome (EDS); (you can read about in previous posts), and that has made me really focus on strengthening odd muscles instead of focusing on the above. I have zero excuse for gaining 10 pounds!   I go back and fourth on feeling sorry for myself, celebrating the small victories, and then wanting more!   If I take just the EDS factor, I'm a winner, I'm beating my migraines!  25-30 years of fighting almost daily pain! WOOHOO!  I've also discovered that I have a voice in a community that maybe didn't have one.  Most people that have mild EDS don't know they have it, perhaps this is where my journey leads me.....

If I take the weight loss factor.. BIG Loser! - NOT in the good way!  I hate that I'm addicted to stupid foods!  I eat them,, knowing full well that they're bad for me! Pizza is my downfall!  I know what to do, just need that switch in my brain to kick in!  (Shock therapy?, I know I've said it before, but seriously, I think the dog shock collar would be good for me). I get so bored with food, and also I'm SOOO busy!  I commute almost 100 miles a day to work so I eat in the car and who has time to cook when I get home? John is awesome and cooks sometimes but I can't expect him to have a healthy portioned out dinner waiting every night!  Processed frozen foods are ok, but they are so high in salt (see my previous rant on that LOL), and as one who has a family history of heart issues-  I can't really go down that road!  Sometimes I wish I could just hook up that nutrition IV to myself in the car and be done with it!

Pushing my limits!  Yea I'm a goal setter, if you've kept up with me this past year, I keep setting my goals higher and higher!  I set my sights on something and I do it.  I can't NOT do it.  I swear my head would explode.  (I often wonder if that would ACTUALLY happen?). 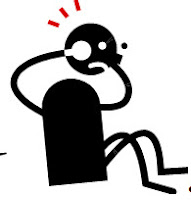 So far, I'm SOOO damn slow, but I do it.  I set my sights on 7 triathlons last summer including an OLYMPIC distance and I did it!  Not many triathletes, even the competitive ones do that many!  Of course they do it in half the time I do!  I get so much out of each one though.  I have a story about each one, the day isn't about my transition area, kicking someone in the face in the swim, or getting to the finish line first. It's about finishing, again.

I think about each person in the race, I often think "what brought them here? What's their story... "  Seeing Rick and Dick Hoyt compete is amazing, but they're just 2 of the many people with stories, there are so many others out there!  Check out my posts on Oh yea that's why.. or Season Finale  Just two people I met while racing and/or volunteering. They changed me! I get so excited during a race, I just never know who I'm going to meet and what's going to happen!

I'm an abrasive person, kinda a jerk at times, I don't mean it, it's just who I am. I think it comes with the Type A, Goal Setter, go-getter..  I wish I could change that too, but I think that's also part of this journey!


I cannot wait to hear "Congratulations you are an ironman" I get choked up every time I think about it!  Man I hope my stubby legs can do it!