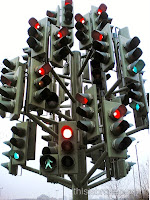 I know I should be writing LOTS more, especially since I'm almost ready to start my Half Ironman.  The irony is that I am getting so close to my goal, and DON'T HAVE TIME to write!  If I could dictate while running or riding I would have 387 more posts!

The last month or so has been interesting, well really a mental and physical cluster f.  Trying to schedule in a full time job, partime training (yes you need as much time as a parttime job), and just life's little chaos's!

I don't want to complain, but apparently everyone that get to this stage does.  They go through fear, anxiety, confidence, back to fear, disgust, 'what the hell did I do that for?"  rinse and repeat!

I've completed a ton of races this year, including 3 half marathons!  Seriously? that alone is insane for me!  in Feb I could not run for 10 min without WALKING!  I'm not fast, but I get the job done.  I'm super slow, but I don't think I will ever be 'faster.'  I blame the Ehlers Danlos!

I've become a better biker through this process, although I still can't climb for crap!  This could be a problem on Sunday.  The last month has sent me through so many emotions.  "I'm ready"  to "SH!T there is no way I can do this."  I even called and asked about the disability wave.  I really never considered myself disabled with the Ehlers Danlos but it can REALLY slap me in the face! (and legs, and arms, and head, and hips.....). I don't know how I feel about things like EDS not being part of the 'disability' category.  I certainly am not there with the people who are missing limbs, are BLIND, or other more severe disabilities than mine.  I do feel bad for others who have EDS, or other invisible illnesses - there are no breaks. But  I have to think, should I there be? Not really.

Last week, I felt that my legs could NOT carry me through the run.  The Fairfield Half Marathon was a disaster.  The weather was uncooperative and my EDS was aflame!  My hips were super out of place, I had a migraine, and my stomach stopped working.  I managed to get to mile 10 before lying on the side of the road and throwing up!  I just thought to myself, "WTF??? HOW AM I GOING TO DO THE 70.3???"

Ericka was there with me, encouraging and stayed with my pathetic pace.  I eventually got back up and finished.  We did not make the cutoff, but we FINISHED!  I was so deflated, I figured that's exactly how next Sunday would be.  Unless they drag me off the course, I will wander to the finish line at some point.

A couple days later I tried to ride the official bike course.  It was 95 degrees out and HILLY!  I lasted 6 miles before I turned around.  I spent 4 days doing NOTHING, just sitting around eating!  The mental stress of 'not finishing' is pretty unbearable.  You sit there and think "I've spent 10-14 hrs a week for 7 months, countless $$ on coaching, gear, entry fees,etc" and I'm going to throw it away?

My brain says "you can do it." my body says "are you CRAZY?"  But this apparently is normal.

I think about the swim, mostly no problem except there's a big unknown of the wetsuits.  I am faster in a wetsuit, and I could use that extra 10-15 min!  I hope to finish that in 45-50 min!  The bike is a big unknown, I was planning on finishing that in about 4 hrs, but  it is super hilly and if it's 95 degrees, well it may take me 5HRS!  Then there's the run! I will be 3:15, unless I have a run like the Fairfield Half!  I just hope my legs work.  That is such an odd thing to need to 'hope' for, but that's part of who I am.  If I have an EDSey day, I  am like a rubber band and my joints don't work properly!

So, I've done the training, I have my gear.  I need mother nature to cooperate and I really just have to hope for the best! I will give what I can and we'll see if I make it to the State House (on time).