Closing out the year! 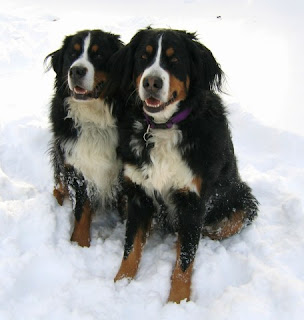 It's been a while since I've written!  I'm very sorry and it's a new year!  THANK GOODNESS!

A ton of great things happened this year, but a dark cloud has been sitting on top of me over the last few months and I just haven't felt like writing, or doing much of anything for that matter!  I think the last 'swim' I did was with Kevin in Jamaica, where I almost drowned him in the waves.. (sorry bud), then we were soaked in Tropical Storm Nicole.  Then came 3 months of torture.  Just one thing after another.   I've gained 12 pounds, lost all of my motivation and became a negative nilly!  eek!

So many crazy things have happened that it was almost as though I was making it up!  You all know I learned I have Ehlers Danlos Syndrome (EDS), well as described, and now confirmed, if I  don't work out, it HURTS MORE!  (ok kick in the pants Laura- GET TO THE GYM)!  I won't get into all the other things that have happened, but the one that I've learned the most from is one of our Dogs- our 8.5 yr old Bernese Mountain Dog Gemini. She's the one in the front of the picture.

She was diagnosed about 6 weeks ago with cancer: TCC (Transitional Cell Carcinoma), it's in her urethera.  This is a pretty bad one to get, prognosis is weeks to sometimes months depending on where it is - her location is the shorter of the two.  Here's the deal.... - this dog is teaching me things!  She has such great spirit and is just so happy with life and what she has!  She's such a Sparkle!

John and I decided to treat her with some non-steroidals, no chemo, no invasive surgeries, etc. Just get rid of some 'old dog' arthritis pain and reduce some of the swelling in there if we could.   She gets massages (same therapist that I have) and we've started Reiki with her as well.  The last week or so she's been acting like Tigger!  She's very happy with life and just bouncing around.  She truly is enjoying life, sniffing the backyard, eating, being around her people, and her dog brother Apollo!  You would never believe this dog is sick!

She's made me stop and think - cut the crap, get over it, stop moping, and get up off your ass and do something.. (except I won't go sniff the backyard), just reluctantly the spin room at the gym....
Posted by Laura at 9:31 AM