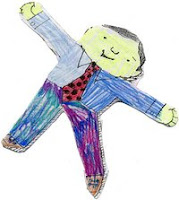 I apologize again for not writing in a while. I was consumed with the Adventures of Flat Stanley! That's not to say that I didn't' have lots to write about with my Tri-world, I just need an additional day or two in the week.

Since I last wrote, I've been seeing a physical therapist weekly for IT band syndrome and hip bursitis. That's just lovely, right? They ask you "what's your level of pain?" The hip is typically a 2-3 for me on a 1-10 scale, but I'm comparing that to a 9 migraine! I really have no idea how severe it would be for others! They just look at me like I'm crazy for being there for a "2."

I've also had a crazy unforgiving piriformis muscle. I joked to the PT that I've had "more people touching my butt this week than I have--EVER." He totally didn't find it amusing at all! The PT, the Chiropractor, the Massage Therapist and the Pilates instructor all have had their pain sessions with me and that muscle!


I've been working with Alexis with a Triathlon group, sharing my experiences, helping with swimming, hopefully providing comic relief, and most importantly letting people know its OK to be a TRI-TURTLE! Finish what you start, that's the key!

I've had two races since I last wrote. I actually placed in "The Y-Tri" - the hilarity of this statement still kills me! This was a TINY race, there were only 2 people in my category. YEA ME, right? HAHA!! The Turtle takes the race!

This was probably my last race in a pool, I really don't like the pool starts, I feel like I'm racing alone. I really need people around me to keep me going. This past weekend I rode the Webster course with Alexis and John's friend Jay. There happened to be a triathlon going on at the same time! We started out on the bikes just before the elite men exited the water. The confusion on their faces when they saw a GIRL up in front of them was priceless! I'll take this as another "win" - I was in the front of the pack for the race - HAHA!!

The second race was the King Pine Triathlon in Madison, NH. BEAUTIFUL.. but.. if you're going to do a race in the MOUNTAINS, and the transition area is in a SKI RESORT parking lot, EXPECT IT TO BE HILLY! - No idea why I thought it would be anything different than that! The swim was good, I expected it to be cold but it was a balmy 68! Bike was a nice hilly, you could really crank it on the downhills, but the run was pretty challenging for me. It was also quite hilly, and it was mostly trail. I really need to work on the run! Nice little benefit was the cute twenty-something massage therapist dude after the race :).

My Sunday ride is getting to be pretty cool. There are a variety of riders, and enough of us to push each other, but also enough that we don't have to feel guilty if we can't make it. I like organizing the Sun ride, because it makes me get off the couch early in the day.

I won't be doing it this week though, because I have the Cohasset Tri with Alexis & Anne. "Not last" could be a problem at this one, it's a regional qualifying race! Lets hope I dont get run over.

Next scheduled race is the SheRox on July 25th that'll be #6 of the season!